With an assist from HKH Advertising, AAPG Datapages, a wholly owned subsidiary of the American 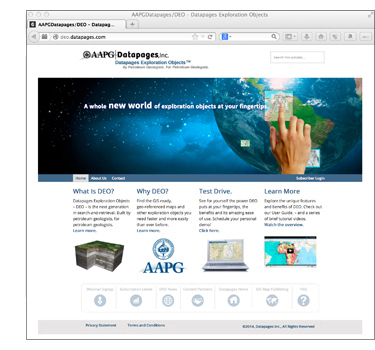 DEO is a next-generation online search-and-retrieval tool that mines a deep index of the vast AAPG Archives – digital archives of publications of the AAPG and more than 45 allied petroleum geology groups, spanning nearly 100 years.

DEO finds and retrieves from this deep index maps, charts, geological cross-sections and other objects needed by explorationists for the analysis and evaluation of oil and natural gas opportunities. DEO makes these exploration objects available for download in industry-standard “GIS-ready” format for fast, easy import into Geographic Information Systems. 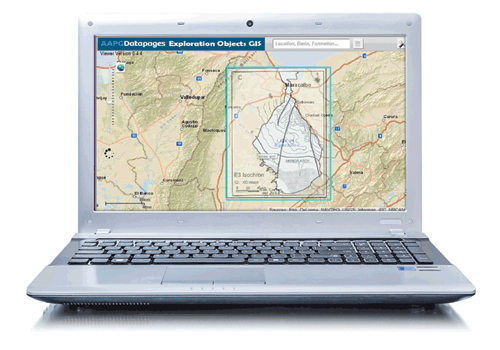 With the amazingly intuitive, user-friendly DEO interface – zooming in on areas of interest on an interactive background map of the world – exploration geologists can now do in minutes what used to take hours or even days.

website and inviting visitors to sign up for updates. By the time of the official DEO launch, hundreds of geologists around the world had signed up.

HKH also produced an array of materials promoting the launch – from an on-screen conference presentation and product brochure to VIP invitations and large-format graphics for a launch event held April 8 during the AAPG Annual Conference and Exhibition in Houston, Texas.

Visitors inside the stadium will see a new, backlit Harsco sign designed by HKH,  atop the landmark

During each of the season’s 72 home games, Harsco will sponsor a “Harsco RBI Inning” announced by a special video on the giant stadium scoreboard as well as on LED “ribbons” encircling the stadium. If a Harsco RBI is scored in one of

Drillers “Fireworks Nights” games, Harsco will donate $100 to the American Red Cross – Eastern Oklahoma Region. If an RBI is batted in during a Harsco RBI Inning in any other game, fans will receive special prizes.

In May, a Harsco Game will celebrate HAXC’s 60th Anniversary and welcome Harsco Industrial Hammco employees to the Harsco family.

Flagship print ads focus on key brand messages comprised in PSO’s corporate mission statement, We power Oklahoma: value, reliability, innovation, commitment to Oklahoma’s growth and prosperity, and leadership in contributing to the quality of life in the state and the communities PSO has served for more than 100 years.

Designed with a “family look” that sits comfortably next to recent advertising for specific PSO programs, the startup print inventory includes 12 creative units. The first of these ads appeared in full-page newspaper placements in March. Plans are for the ads to appear in various sizes in both newspapers and magazines statewide over the course of the year. 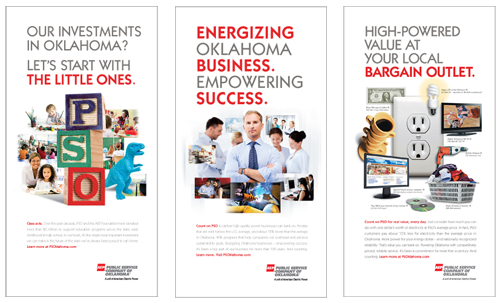 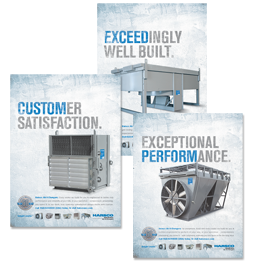 Fair Game: Thousands Get A Charge Out Of PSO’s Electric Avenue

Thousands of Tulsa State Fair visitors took a stroll down Public Service Company of Oklahoma’s Electric Avenue – an exhibit designed to teach kids of all ages (and attendant grownups) about energy: what it is, where it comes from and how to use it more efficiently.

Working with PSO’s Consumer Programs department, HKH designed and created the exhibit, which featured a 60’ x 40’ enclosure decked out with festive, kid-targeting graphics, 24 large informational posters and interactive exhibits including a real wind turbine sized for home use, a geothermal heat pump display, a solar powered car, battery-powered motorcycle and more. Louie the Lightning Bug – PSO’s longtime electrical safety and efficiency spokesbug – made a number of “in-person” appearances during the week-long exhibition.

Over 1,000 school-age children received certificates for making a “Be An Energy Star Efficiency Pledge” – and even more adults signed up to win a free widescreen TV.

Fair organizers selected Electric Avenue for an award as the 2012 Tulsa State Fair’s “Most Interactive Exhibit,”

“So many people visited Electric Avenue, we just about used up our inventory of brochures and other efficiency-related materials,” said PSO’s Kerry Rowland, who headed the project.

“It was a wonderful chance to interact with our customers and present energy and efficiency information in a fun, entertaining way.” 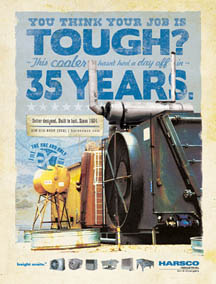 Do They Know? HKH Creates New Campaign For Magoon & Associates 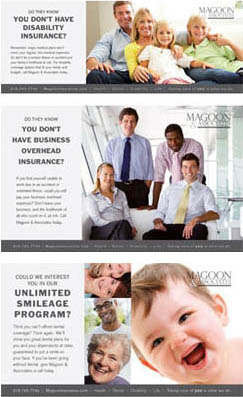 Magoon & Associates has launched an innovative print and online ad campaign to reinforce brand and product awareness in its marketplaces, with a focus on affordable dental and disability insurance options.

One print ad features a photo of a happy, smiling family – 30-something parents and gorgeous kids – with the headline, “Do They Know You Don’t Have Disability Insurance?”

A companion ad – targeting prospects for insurance covering business overhead expenses in cases of leadership illness or disability – takes a similar approach. Over a happy small-business group, the ad asks, “Do They Know You Don’t Have Business Overhead Insurance.”

To deliver a message about affordable dental insurance, yet another ad features miles of smiles – a baby whose teeth have yet to come in, teens, a young man and an older lady – with the headline “Could We Interest You In Our Unlimited Smileage Program?”

"WindChoice – Roper,” a print ad created by HKH for Public Service Company of Oklahoma, has been recognized as the best print ad in the U.S. utility industry in the 2011 E Source Utility Ad Awards Contest.

The contest was open to U.S. and Canadian electric and gas utilities. An independent group of judges selected the winners based on ad effectiveness, objectives, message, memorability, and creativity. The judges were Hunter Marshall, president, The Block and Tackle Group; Mindy Cheval, senior instructor of advertising, University of Colorado at Boulder, School of Journalism and Mass Communication; Kristin Apple and Kevin Malloy, Egg Strategy; and Joe Fallon, independent advertising consultant.

According to the contest sponsor, a record-breaking number of entries were received this year from utilities across the U.S.

The WindChoice – Roper ad carries into print a message also delivered in 30-second TV and radio spots. Both the print ad and the TV spot feature a PSO employee, Jared Baldwin – who happens to be both an experienced rodeo cowboy and a feature film stuntman, appearing in such films as The Patriot, starring Mel Gibson.

Public Service Company of Oklahoma, a unit of American Electric Power, is an electric utility serving more than 530,000 customers in eastern and southwestern Oklahoma. Learn more about PSO here.

E Source has provided energy business intelligence to over 300 utilities and large energy users for more than 20 years. Read the E Source news release on the 2011 Ad Awards Winners here.